Here is the Vancouver Recap courtesy of Kam. Thanks for doing such a great job! 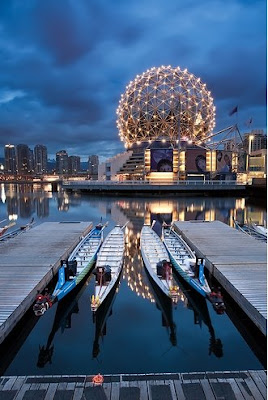 This past month, Space Dragons, a team virtually unknown, made their way to this tournament like a college grad entering the real world: sort of unsure of what to expect and, on top of that, wondering if this new and different experience was a little too much for them. However, the Space Dragons would not let the fact that they were now paddling with the big boys (and girls) intimidate them. The achievements they were able to make were incredible and how they performed in their very first Alcan Tournament was unbelievable. Bringing 40 something paddlers up from Long Beach to paddle in Vancouver was an achievement in itself. Actually being able to race against teams like False Creek, probably one of the best in the world, competitively was even greater. At the end of it all Space Dragons walked away from this tournament knowing that they made a name for themselves in the dragonboating world. Our Red Mixed Boat was able to make it to the Competitive B Division and was ranked the 15th fastest mixed team in the whole tournament. They were also able to make a time of 2:00.00, the fastest time Space Dragons has ever achieved. Our Blue Mixed Boat made it to the Recreation A Division, an incredibly competitive division despite its title, and came in second in the finals losing to first by a mere third of a second. Our Women made it to the Recreation A Division and managed come out in third, being our only boat in this festival to bring home hardware! (Good job women! ) 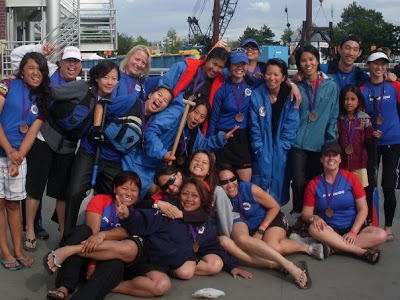 Our Men, though they came in dead last, could proudly say that they raced with the toughest competition around. With a time of 2:04.35, our 8th place time in the Open Division of Alcan, could easily be a first place time in any other tournament that we compete in. Without a doubt, all of the boats that we entered in this tournament showed those Canadian teams just what the teams from SoCal are capable of.

But the tournament was not only about the racing. Space Dragons definitely made a name for themselves in the racing world, but the team also formed new friendships with paddlers from our hosts Phat Phish and bonded closer with our sister team, Ripple Effect. On Friday night, Phat Phish took our team to a restaurant called Shabu-sen, an all-you –can-eat sushi and BBQ place that filled everyone’s stomachs with good food. 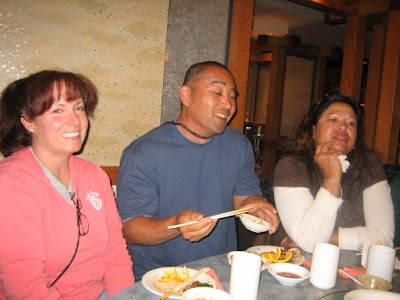 I was not able to make it to the Phat Phish dinner, however, the hype about the place that they took our team to convinced my family and me to check it out, and on Monday we, along with at least 10 other Space Dragons, made our way to Shabu-sen where we ate to our heart’s content and then some. The team spent Saturday night bonding with one another at a seafood restaurant, where we ate a delicious three-course meal. During our meal, I also got in a fight with two Canadian lumber jacks, resulting in a black eye. (You should’ve seen the other guys) 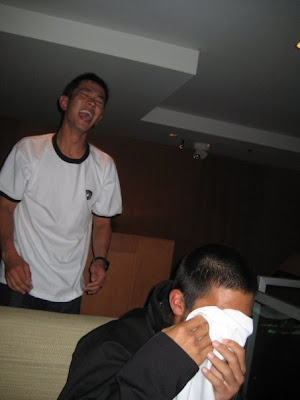 Unfortunately, I was not able to attend Sundays paddler’s party(not because I didn’t want to, but because I’m not 19 =[), but from what I heard things got a little crazy at the beer garden. I did hear some stories, having to do with piggy-back rides and butt-slapping, among other things, and hangovers the next day. Some people also went clubbing with Ripple Effect, and didn’t get back to their rooms until around 3 am. Long story short, to celebrate their amazing achievements in Alcan, Space Dragons partied it up! 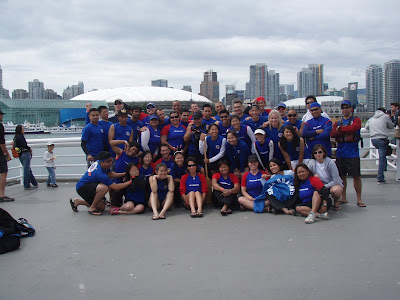 The memories that our team made in Alcan are too numerous to put onto paper. You just had to experience to fully feel what the team felt that weekend. I mean the whole trip was filled with chest-bumping, eye-sucking, random cheering, and that stupid Band-Aid song that got stuck in everyone’s head. Vancouver was truly an experience to remember, and if we get the opportunity to do this again next year, to those who did not make it this year, go!

Thank you coaches and captains for helping put this together! Thank you Jason for driving all of our stuff up and down the coast making sure it gets to Vancouver and back safe and sound! Thank you Sue May Tam and Anna Lee for helping us out with our Women’s boat! Thank you Phat Phish for being such awesome hosts! Thank you dad for paying for my expenses! Thank you Space Dragons for making this possible!

Sorry everyone for submitting this so late!