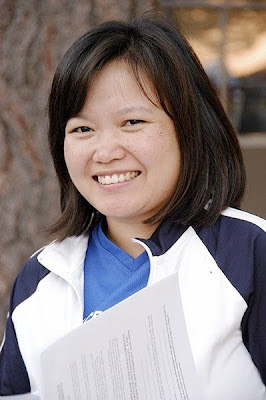 
Born in China, lived in Hong Kong for a few years, grew up in San Francisco.

How long have you been paddling and who got you into Space?


Started paddling in May 2007 with Ripple Effect.  When I moved down to LA in 2008, there was no question what team I would join.  Special thanks to Galen and Wade though.  7:30am is REALLY early for doing anything on a Saturday morning.  If they didn't nag me to come out, I probably would have picked sleeping-in over paddling.

Who got you into paddling and why do you do it week in and week out?


Eva (a fellow Ripple) got me into it.  She joined not too long before me, and can't stop talking about the excitement of dragon boating.  I was looking for some exercise at the time so I went to try it out.  In the beginning it was the exercise, then comes the awesome people, the hugs and kisses, the encouragement, the food, the excitement from the race, the crazy jokes..... where else can I find all of this?

Are you a better Paddler when you are Happy or Angry?


Happy.  Just getting in the boat makes me happy.  It's a great stress reliever. 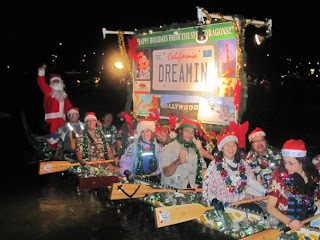 Paddling at night for the Naples Christmas Parade.  I've been in a handful of parades, but being in a boat parade (and end up winning something) made it super special.  The best part was when the whole boat sang Feliz Navidad while everyone on shore gave big cheers to our Santa steersman.

How do you prep yourself for a Race?


Make sure I get enough sleep so I'm energized at the race.

Any hobbies, activities, interests outside of paddling?


I try to learn something new whenever I can.  I've picked up knitting recently and I only just learned how to ride a bike a few months ago.  If I have absolutely nothing to do I will start singing.  Too bad I can never remember lyrics.

Any advice for new paddlers?

Don't feel bad if you keep splashing or can't keep up with timing or forget to rotate.  We've all been there and it only gets better. 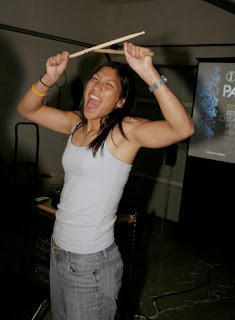 Paddling-wise, any particular goals for yourself or the team?

I hope one day I can paddle like Em and not come out of practice feeling like a weak sauce.

If you could change one thing about the Team what would it be?

Hm, maybe for Saturday practices to start a little later.

Favorite part about being a Space Dragon?

Everyone is very encouraging and full of laughter while being competitive.  I've overheard other boats at practice where the coaches would yell at their paddlers for not paddling well or not being on time.  I'm soooo glad I'm not on those teams.

Assuming you had a single brother or sister, what Space Dragon might you consider hooking them up with?

Scott.  What better quality in a man than one who can raise two awesome children by himself?

Too many, Galen, Em, Brian, Tran, Devant... But the first that come to my mind are Ceez and Deej.  Really?  You guys are grandparents?  My sister isn't even half as fun.

If you were to trade any SD teammate for an RFX (Ripple) paddler, who would it be?

Well, I kind of already did that by trading myself down.  As for an SD to RFX, I'd say Brian or Scott cuz I really don't think any of you SoCal natives can stand the cold.

If you were to be stranded on an island with any 3 SD paddlers, who would you choose to get-by and pass the time with? 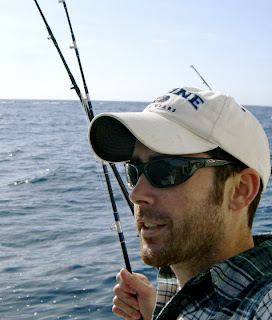 Denise - for keeping me from starving 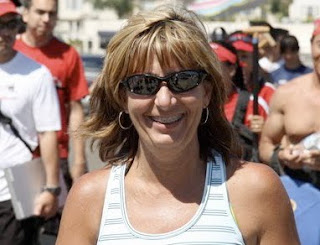 First thing that comes to mind when you hear the word(s):

Name something that our readers don't already know about you.

My first taste of dragon boating is actually from way back in high school.  It was maybe the second or third annual San Francisco dragon boat festival (what you know as Treasure Island now), and my school decided to join just for fun.  Back then the event was still very small, and the race was at Foster City.  Our team had 1 land session learning the techniques and 1 water practice before the race, and we had to race against other schools who actually had a dragon boat team that practices every week.  Needless to say, the race was a disaster.  I'm glad I got a 2nd chance and am doing it right this time.