No, its not the Isley Brothers I'm singing about, its Grace! Wondering what she's been up to in the past year? Our own SD amiga has just gotten back from travels abroad in Chile! Read about her adventures here!

So WHERE have you been and what have you been up to?!
I have had a goal to do 1 domestic and/or 1 international trip each year. So far, I have
been to Taiwan, China, Argentina, Costa Rica, Colombia, Canada, various US states.


I recently returned from living and volunteering abroad in Chile.

How long have you been gone and WHERE did you stay?  From March to December in 2010 in a suburb or rural town outside of Valparaíso , Chile. I got to live with a Chilean host family and immersed myself in the Chilean culture.

So describe the program you partook in. What'd you do?:
I volunteered to teach English (conversational skills) to 7th-11th graders to over 300 students in 4 months while I lived with a Chilean host family in a suburb.
The program is provided by the Ministry of Education in Chile. However, I went through a 3rd party program called WorldTeach which is affiliated with Harvard University. I benefited from their 2 week teacher training and orientation. I had fun singing, dancing, and playing games with my students as they grew confident in
speaking English.
...and WHY did you decided to do it?: My initial interest to visit Chile came from making friends with an occupational therapist from Chile who volunteered at my workplace a couple of years ago. While practicing English with her and inviting her to do various activities around Los Angeles, I learned more about the Chilean culture and became intrigued by it. 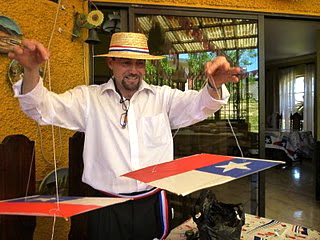 I have always wanted to go study, work, or volunteer abroad since college but never was able to. Volunteering abroad offered the chance to help those in countries with less opportunities and resources that we have here in the United States. I couldn't pass up a chance to volunteer abroad through WORLDTEACH to make a difference in an under served community.
Clearly giving back to the global community is a reward in and of itself. What kind of things did you take away from this experience? Give us some highlights. I didn't have formal training in education. But I did have something different to bring into the classroom setting. Having worked as an occupational therapist with children with special needs for 5 years and having collaborated with families, teachers, and health professionals, I now have more skills and knowledge than before to contribute as an international volunteer.
Others things... 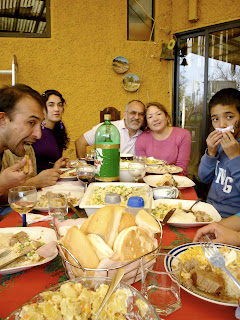 -Having Chilean aunts, uncles, cousins who treated me like family. I made so many new
friends in Chile and from my volunteer program. 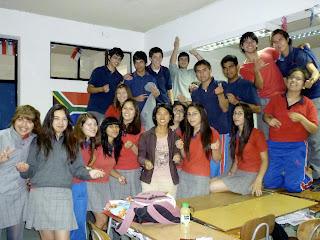 -My sweet crazy students who had fun shouting “AWESOME!” across the school yard
to show me that they remembered the “Slang of the Week”. I was relieved that my
high school students had fun singing “Head, Shoulders, Knees, and Toes” super fast
and learning how to dance the “Cha, Cha Slide” as well as doing the “Booty Bounce”
portion of Michael Jackson’s “Thriller”.
-Knitted an entire wool sweater with the help of my Chilean host mom.
-The BEST Scallops
-Traveling and seeing all of nature’s beauty in Chile. 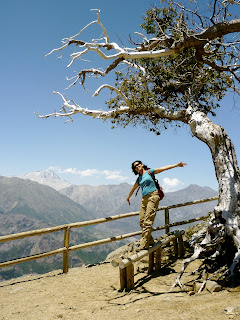 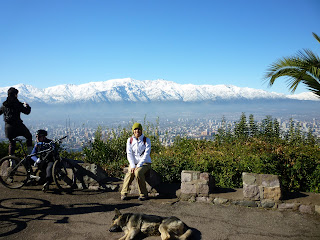 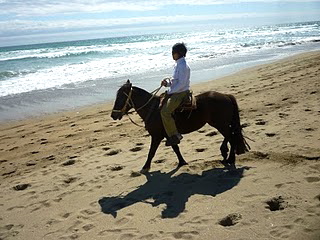 "It was a little exciting to experience a series of large aftershocks in Chile, but was
worried if it was the next big earthquake." 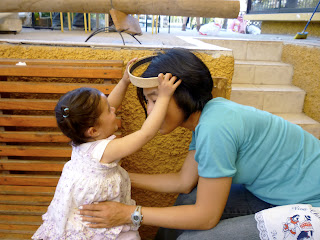 I wanted to get my students, host family, and community motivated to learn English. I was hoping to incorporate their cultural background into the academic curriculum and share some aspects of my American-Taiwanese background to increase intercultural understanding and development. I also hoped to improve my Spanish language skills so that I may better serve the Spanish speaking population for my work as an occupational therapist.
I am grateful to have loving friends and family. I am grateful for the opportunities that I have been given to go to college, earn a degree that led to a good profession where I could help others and live comfortably, and enjoy all that our country has to offer. Now I would like to start giving back especially to those who don’t have the same opportunities that I had.
How are you settling back in after having been away for so many months? What kind of "Then & Now" changes have you had since leaving and coming back?
Now: The younger generation (20s-30s) consider males and females to be equals as both genders now work outside of the home and it is not rare for the woman to be the dominant decision maker regardless of their age. In addition, types of relationships vary greatly by being in non-exclusive relationships to having serious relationships, being separated to being divorced, being remarried or just living with a partner due to not wanting to remarry. 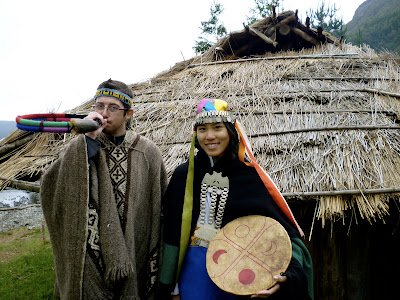 2.        Then: I thought eating healthy would be difficult.
Now: I can buy various familiar foods in the suburbs and cities that help me maintain a diet of fruits, vegetables, fiber, and whole grains.
Thankfully, I have experienced minimal reverse culture shock. However, I think I will miss the more laid back approach to life once I start working. I do miss taking public transportation everywhere and seeing everyone drive compact vehicles.
What are some things you missed most while being away from the Space Dragons and the States.
I missed working out with my friends on Space and their encouragement for me to stay
fit. In general, I did miss hanging out with my friends from the States. I missed eating
delicious foods like Pho, and Thai & Indian food.
Wow! ANY ADVICE FOR PEEPS WHO MIGHT WANT TO GET INVOLVED IF THEY WANTED TO DO THIS THEMSELVES?:
If you want to volunteer abroad, do it because you really want to contribute and make a difference in the lives of others. Don’t do it solely because you want to improve your
foreign language skills or you want to travel.
Also, you have to be FLEXIBLE as the educational system, diet, family life, gender
roles, values, etc. may be very different from what you’re used to. I thought my
program prepared me well by stating what the biggest differences were between Chile
and the United States. However, I found more similarities than I expected while I was
there, which made my adjustment easier.
Posted by devantosaurus rex at 4/13/2011