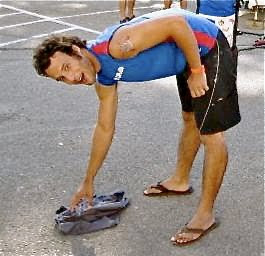 
Grew up in North County San Diego (Carlsbad and Encinitas), however, currently I'm living in West LA while attending UCLA.


Tacos (fish specifically, but all kinds are pretty bomb), Bibimbap, and stuff with peanut butter (I mean just pure peanuts, no added sugars etc). I'm really open to trying new foods and I like pretty much everything. 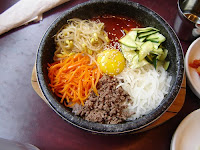 How long have you been paddling and who got you into Space?


I started October 2008. So at this time, about 13 months. This is sort of a mixed bag. Home I got involved with SD: There were a few people on UCLA who had paddled with SD before and spoke good things. When UCLA decided not to go to T.I. and not to train because not enough people were around I spoke with Wade at the Viewsonic Race who was really welcoming and excited stating "We'd love to have you for Treasure Island." Afterward I went out to my first Wednesday practice with Lisa. So I suppose it was a combination of me, the people on UCLA who paddled with you guys, and Wade. Also special kudos to Ceez and co. for making me sing "Drop it like its Hot" at Tempe (2009) to get some SD tattoos.


Who got you into paddling and why do you do it week in and week out?


Someone who lived on my floor first year (2007) did it and I thought 'oh cool' and wanted to join when there were tryouts again (the roster was already full up with a wait list). Then later on that same year I met another person who did Dragon Boat, we got to be pretty good friends and it solidified my decision in joining the team. Really after I became aware of Dragon Boat I wanted to join up. I wanted to do a different sport and Dragon Boat looked really fun and intense. I feel the answer to why I do it is ever changing in the details but ultimately it comes down the fact that I enjoy taking part in a sport that requires a lot of physical and mental discipline. It's fun, taxing, and brings people together.


Are you a better Paddler when you are Happy or Angry?


I used to just try and be really aggressive but now I feel I really like being calm and thinking about the technique, however, the occasional man grunt is useful in my opinion.


The just paddle practice where it was just me, Emily, and Joe. Emily showed us what is now the new stroke. We also ended up having to do race pieces all day for practice. I was exhausted at the end of it all.


The last two races at T.I.:The first where we died at the end, missing Comp A finals which caused Wade to cry (showing how much he had invested in the team) and the next one where we went balls out to get Second in Conciliation A. In my mind these races are tied together and showed how the team as grown but that we still have things to work on (conditioning!)


How do you prepare yourself for a Race?


Try to go to bed early; eating light the day of race, focusing mainly on fruits and granola type stuff; Ease off on workouts leading up to race. Mentally I would say I just run through the stroke and specific parts of the race in my head.


Any hobbies, activities, interests outside of paddling?


School, work, and working out (which is kind of a suspect of paddling) takes up most of my time but aside from that stuff I enjoy watching movies, reading, cooking, Muay Thai (Thai kickboxing), and the occasional video game. 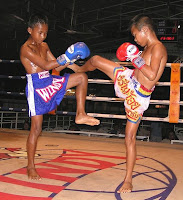 Any advice for new paddlers?


Commitment is key, if you really want to get better put in the time and effort and it will show. Also, be willing to accept mistakes from yourself and other people but have the mindset to work past it all to achieve goals.


Paddling-wise, any particular goals for yourself or the team?


Personally, I would like to paddle at Worlds (perhaps I could join up with an under 23 team for Macau) or some years down the road paddling for the US team. As for the team: short term, I want us to master the new stroke and put a good showing in at Tempe to set a good tone for the rest of the season. Long term, keep growing stronger and win some CA tournaments,


If you could change one thing about the Team what would it be?


Location. I would like it if we all lived closer together and if the practice site was a bit closer (well right now it's far for me). Also I heard you guys have done potlucks, I would love to take part in one of these!


Favorite part about being a Space Dragon?


Connecting with people from a variety of backgrounds and age groups. And creating such a positive atmosphere for personal development.


If you have a single brother or sister. What Space Dragon would you consider hooking them up with? 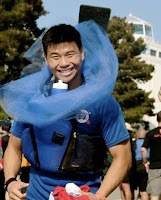 
This is a hard one for me, I wrote an answer but it was extremely long and I wasn't yet done. Basically everyone on the team has their own quirks (some perhaps more so). I love that I have been welcomed and clicked so well with such a wonderful group of people. Sorry this doesn't really answer the question. But I will say we have some wonderful dynamic leaders who I greatly respect.


If you were to trade any SD teammate for an RFX (Ripple) paddler, who would it be?


Hmmm, don't know the RFX paddlers too well unfortunately but if I had to choose, I guess I would pick Sondra Wong from RFX for Felicia Chanco from SD because they're both small Asian girls, I'm a fair man.


If you were to be stranded on an island with any 3 SD paddlers, who would you choose to get-by and pass the time with?


Well if I wanted to get MacGyveresque people to supplement my own moxy I would choose Emily because she does a lot of hiking and would be a great all around asset; Robert because he's like a human Swiss Army knife; and Brian because he's good with his hands and I would imagine a good guy to have in a fix such as being stuck on an island.


First thing that comes to mind when you hear the word(s): 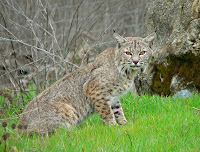 Any interesting facts about yourself - or secrets that you want to divulge?


I haven't drank soda or eaten candy since I was 12 (barring a few extremely rare circumstantial situations). I listen to metal music primarily but legitimately enjoy the Taiwanese rock/pop band F.I.R. I've played Dungeons & Dragons since I was 11, although I pretty much stopped when I came to college. In high school for senior standouts (i.e. best dressed, cutest couple etc.) so many people created the category Most Epic and wrote my name down that the yearbook did a small segment on me. That's all I can really think of at the moment. I would like to consider myself an open person so if you want to know something (even if it's embarrassing) just ask.


Is there anyone who is influential to your life as a paddler who is not a paddler themselves? How so?


Definitely my brother. Currently he is a Grad Student at SDSU getting a degree in Sports Psychology. He is a strength coach who works with many athletes. He wrote me a 6 week work out plan over this past summer. I started in late June and after about 2 weeks I had lost 11 pounds (I started at 185lb, part of this was due to diet change as well...no more dorm food). He taught me various lifts and kettle bell maneuvers, causing me to purchase my own kettle bell. Since then I've become a much better athlete. Also I feel him and joining with Space Dragons has changed my view and understanding of Dragon Boat into one of a very technical approach.