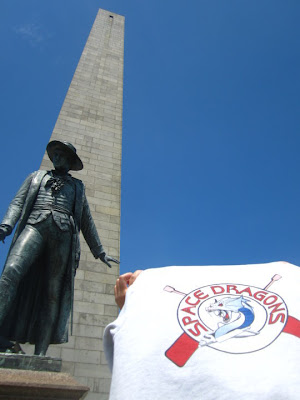 You know you're from Boston if you know how to take the T to BU or if you know what the blinking red light atop the old Hancock Building means in the summer. If you're true slick Boston, you'll know how not to get "cahded at the packie" and that Boston cream pie is really a cake. Southie is South Boston, the South End is the South End but the North End is east of the West End, Eastie is East Boston, and that's Boston Harbor.

If you didn't know much of any of that, you're probably not from Boston. But all that jazz didn't stop the Space Dragons from crashing the party in the good ole Hub on the east coast for some righteous paddling amongst stout competition--crews like DBCB Drachenfurie, Jade Dragons, and Two MAD (just to name a few)! 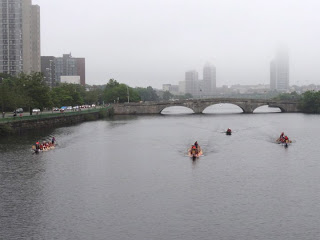 The Space Dragons took the stage, this time nestled right on the Charles River in the heart of Boston. And, having been no stranger to unfamiliar territory the Space Dragons, a team virtually unknown coming into this tournament made a name for themselves by representin' the west coast in true SD style. Day 1 found our mixed boat cranking into the competitive club Group 1 bracket and placing a 4th ranked seed going into the first day of heats out of 37 crews! Such a first day showing can only be made possible by a dedication to hard work and constant improvement though clear, driven practice (great job crew!). 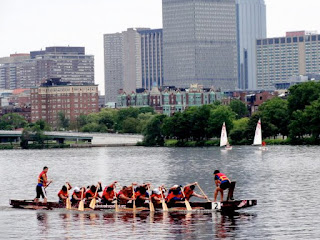 Of course, while the making a name for in the racing world is one thing Space did, dragon boat is not just about racing. The team went  on in establishing new bonds and friendships with paddlers from our host team Dragon Boat Club of Boston (DBCB). Having joined company and good times, DBCB hosted a nice all-you-can-eat spread of pizza and Italian goodness @ Bertucci's Restaurant. The pizza kept coming-and-coming, and so did the laughs. We eventually found ourselves wandering the streets of Boston not only in search of the delicious food that the city had to offer (e.g. Lobster tail, Boston cream pie, cannoli pastries) but also for BJ when we realized we lost him in the metro "T" subways!

The Boston Space crew continued their journey into the next day by furiously paddling themselves into tough second and third place finishes to narrowly earn a spot in the competitive A division bracket FINALS! The crew was only more delighted to see that our competition in the championship round included none other than our beloved host team, DBCB. The race ended with a close 3rd place SD finish where 2nd and 3rd were mere fractions of a second between each other! Great job, Boston crew!!!  BIG UPS and CONGRATS to DBCB Drachenfurie and Vitasoy Metro Athletic Dragons, who ran  characteristically blazing heats to create some amazing competition to chase up against! Great job to our Boston crew for a great run at the east coast--we went very far, established our name, and created huge potential and momentum to take us into BIG LONG BEACH! Let's keep it rolling with some more hard work! 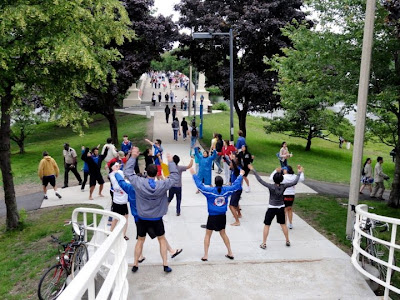 Special thanks and UP'S to:


NOW, with all this fire coming off of this in our last showing, let me ask you this...we've got 11 more practices before Big Long Beach. What you do in the next few weeks determines whether we go home champions or not....CAN YOU MAKE THAT .4 SECOND DIFFERENCE?
Remember, we're one team. And we go "all-in" together! 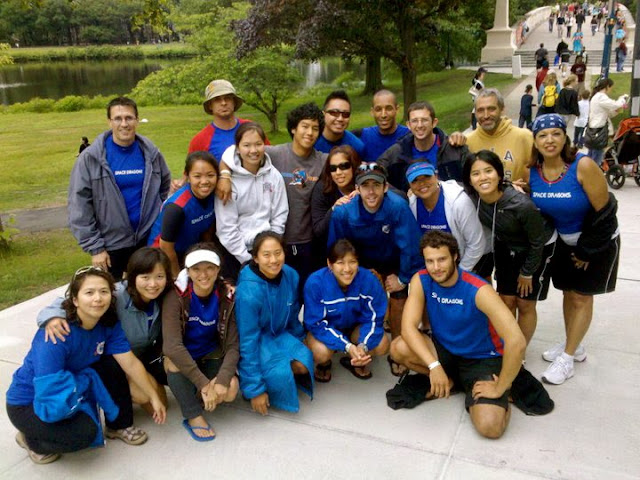