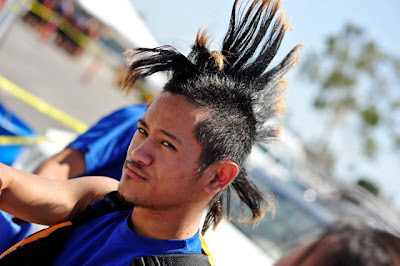 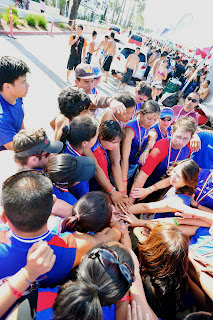 Favorite place to grub with your SD familia after practice?
I don't really care where we go; I just enjoy the bonding after a hard practice.
How long have you been paddling and what were you thinking when you first got into Space?
After two years paddling for Dragonauts, I began looking for a more, let's say, "mature" team. After paddling with Space in Baby Long Beach 2011, I realized, "Dang, these guys know how to have fun." 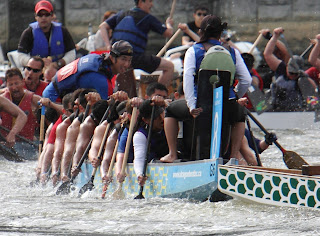 Any advice for newbie paddlers?
Do not call it rowing.
Who or what got you into paddling and why do you do it week in and week out? 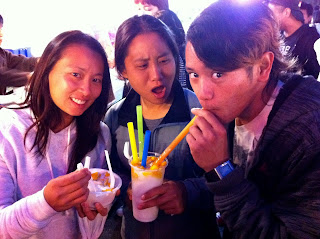 My brother, Craig, first got me into paddling. I love how it keeps me in shape while doing something I actually enjoy.
Favorite or notable Space Dragon moment(s)?
Partying in the streets of Vacouver during the Stanley Cup Finals.
How do you prep yourself for a race?
I nap until someone tells me our heat is approaching. 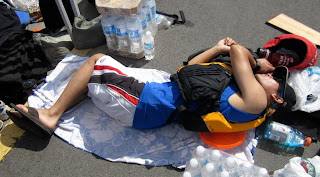 Paddling-wise, what particular goals do you have for yourself and for the team this 2011 season?
I definitely want to keep up the workouts and retain all the muscle I've gained this summer. I would also like to qualify for a more advanced boat by the end of the year.

What makes a champion?
If you could change one thing about the Team what would it be?
People need to live closer to Long Beach. It would just make everything easier for everyone.
Best thing about being a Space Dragon?
If you were to trade an SD teammate for any celebrity, who would you trade?
Anyone for Gary Coleman circa 1980.
Our team has got some straight-up characters. Name two most interesting or intriguing characters you've met through the team.

If you were to be stranded on an island with any 3 SD paddlers, who would you choose to get-by and pass the time with?
First thing that comes to mind when you hear the word(s):

Name something that our readers don't already know about you.
I'm a meningitis survivor!
Posted by devantosaurus rex at 8/22/2011