WE TOOK TEMPEEE  zomgasdflkjasdlfkjasdilethb48%#)#%*Oirgsg-p!!!!!
In more ways than one.  Every single paddler walked away with a medal and a patch!

It wasn’t easy though, and it was only made possible with all the hard, inglorious grindtime we’ve put in day in, day out.  Whether it be on the water at an excruciatingly early 730am,  or whether it be after a hard days work at weekday workouts.  We worked hard, worked hard together and now we get to stand proud together.

To set the scene, on Saturday when we stepped outside our hotel at 6:30am and were reasonably comfortable, we knew it was going to be a warm day. Wait, did I say warm? I meant crazy SCORCHING. The Arizona sun was ridiculously hot, and we all scrambled for shade, hydration, and sunblock every chance we got.

Lucky for us, we were well-prepared for the indefinite tenthood. So many pb-banana sammiches prepared by loving hands, muffins, hard boiled eggs, bananas, more cuties than you could shake a stick at--how that is a quantifiable measurement is beyond me... we were stocked and kept our bellies full!

And whilst hiding from the sun, we managed to keep entertained-- with the help of Devant's video interviews, Eric's detailed lessons in HEYYYY 101, and being called a Moron by various phone app games. Others of us took much-needed naps to help recover from all the traveling from the day before.

With seeding races complete, we managed to put ourselves in a great spot, with red and blue both in the highest division!  To put that into perspective, in 2010, both were in Div B; last year, red made it to Div A, this year, both boats were in Div A!   See this launching pad?   How awesome would it be to have both red and blue in div A finals next year?  :) Si se puede!

Having done well, we tried to celebrate the end of the first day with hot tub, naps, and fine Arizona marketplace dining. But nobody actually managed to stay up too late; even the youthful Spacenauts admitted to sleeping well before midnight. Well done everyone!

Sunday morning, mother nature decided she had been too generous and wanted to see how we could handle 30 mph winds, turning tempe town lake into a river!

Crazy head wind, surface current, white caps, bending flags, water in the face and even water crashing over the bow!  But guess what?  We know this weather.  Because we are out there, at an excruciatingly early 730am, working on our feather in the thigh-cramping, trash-bag wearing, scaring off normal people, cold and rain.

So in those conditions red met blue in the mixed Division A semifinals.  Our entire team lined up in the marshaling area, ready to face the elements. Luckily the finals seed was still just time based, so red and blue didn’t have to race against each other, but got to race with each other.   Both teams put it all out there and pulled great times, with red making it to the mixed division A finals.  SO then the Sunday’s finals rolled around and Space has a boat in EVERY SINGLE category.

Women were up to bat first, going up against the same big guns we went up against last year: Wasabi Surge and San Diego.   We put it out there and placed 3rd, 2 seconds after Wasabi.

Now came the men's, ahem OPEN finals.   Braveheart beards freshly shaven, bare-chested and newly adorned with sacred royal blue garb, we marched into battle.  The conditions were the worst we'd faced all day;  boats drifted off-course during the line up, water crashed over the bow and into our fearless strokes and there was a good 6-8 inches of water in the boat at the finish.  It was in those conditions that our fearless open boat faced off against the favorites San Diego, LARD and a fearsome Team Skittles (an autobots giant comprised of Splashing Flyers, Killer Guppies and Thunder Dragons).  Beaten off the start by San Diego, Space, showing grit walked up on em until we were neck and neck going into the finish.  That's where we dug deep and overtook them for a Tempe-first, chest-beating GOLD MEDAL in open division! (time 221.36)  You didn’t hear it from me, but a certain schemer got a little teary eyed.

And the Masters, the heart of Space Dragons, had some BIG competition going up against San Diego (are you sensing a theme here?) and Long Beach Masters in the masters final.  While the juggernaut that is San Diego had a firm grasp on the gold, Space duked it out in a nail biting photo finish with Long Beach Masters to emerge victorious!  Thanks to DRACO, DPW, Electric Dragons and X-Generals for loaning us your muscle and heart!

Then it was Red’s turn in the mixed Division A finals.  Remember, last year we didn’t even make it to the finals.  It was a gripping final against LARD Black, UCLA Blue and UCSD.   Space and LARD immediately shot out of the gates at a break neck pace, duking it out, staying neck and neck the entire race.  At the last 100m, Space put on the afterburners and pulled away, followed by a late LARD surge... the finish was too close to call!   Only after official review, it was announced that Space BARELY edged out LARD, we took it by .16s with a final time of 2:15.04!  (the crowd roars!)

To add to the epic-ness of this win, we made history by being the first team to knock off the dominant San Diego from their 6 year-winning streak!

Sunday on the shore was crazygonuts. What with the mad winds and rescheduling of races, everyone was scrambling to figure out who needed to be where, when. Yet somehow amidst all this chaos, we managed... to create EVEN MOAR!!! We found any and all excuses to break out into spontaneous dance sessions...

Everywhere you looked, from our skeletal canvas-less tents to the commandeered table near the marshaling area, a group of blue could be found competing for silly hats....


Galen even managed to nab the mic from Puppy quite a number of times! Did I mention there was some serious bromancing going on? Do I even have to? We all know it happens all too often... -_-;;  *sigh*

Not enough ridiculousness yet? Nevar!! Somebody thought it'd be a great idea to form a human pyramid. And of course we immediately accepted the challenge...

(Editor's note: the pyramid thing is now a "thing" we seem to do, having first started at San Diego 2010)

Luckily for us, in our two crumbling efforts, nobody was seriously injured. Many arms and backs were aching, however, and a lot of $5's were owed by spectators and pyramid-ers alike.

Nothing is more rewarding than a healthy dose of FEASTING after paddling and playing so hard. And believe me, Space Dragons know how to feast. If you haven't tried Rebel BBQ yet, be sure to hit it up... we're starting to build a reputation in Blythe, CA! 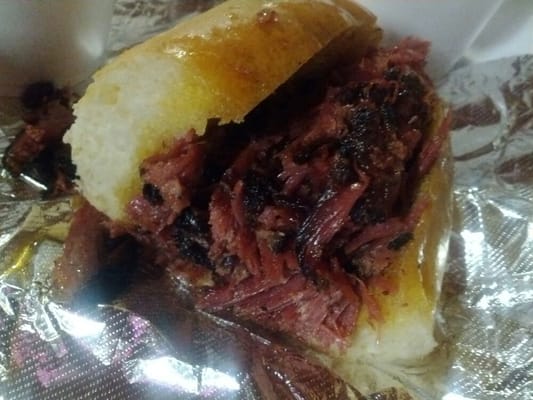 You better believe we'll be back next year for more hardware and shenanigans, TemPEE!

Gargantuan thank you to

Everyone who brought extra jerseys for others to borrow.