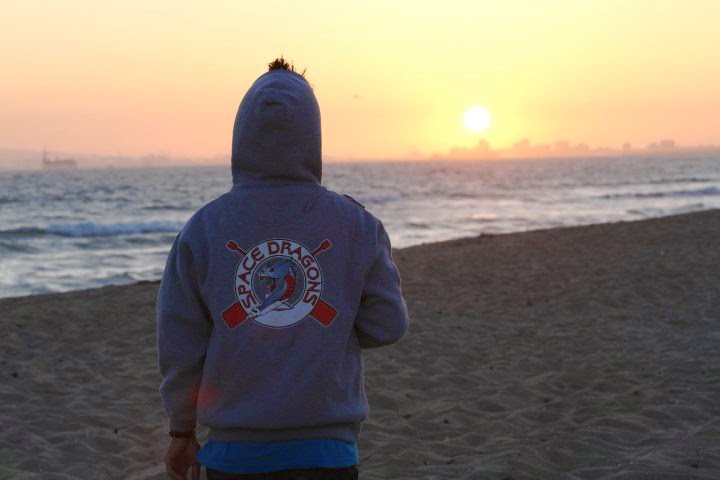 I'm not going to sugarcoat it--2014 was a tough year for me as an athlete. I started out January 2014 as a young-newb within a relatively new career sector and was driven to prove myself at all costs. Barely able to string together 2-days of paddling a week, I was generally sleep deprived and confused about how relationships work between my varying interests. Despite my love for each I was taking blindfolded hacks at paddling, freehand jabs at my zealous triathlon goals, as well as half-hearted stabs at (rock) climbing. On a personal level, life was remarkably confusing for much of the time as I struggled to strike a balance between my network of friends within each of the former activities. Sometimes I ended up withdrawing from most simply for the opportunity to gain quiet solitude alone in my own company. Despite that, I kept moving forward as best as I could and often times I remember thinking, "I just need more time--time will make this better." Whatever "this" was, time was always my answer for things that needed fixing. Whether it was dealing with managing time between different aspects of my life as an athlete, coach, friend, etc. or a recurring injury from overtraining, I defaulted to simply letting time fix things I did not want to confront. Reflecting back on the past year has made me realize that that was crap.

Time doesn't fix everything. Time marches on and waits for no one. And if you're not willing to keep up with it, it'll leave you paddling behind in it's wake. I came to realize that while time may help me get better as an athlete (via experience, for example), it's ultimately up to me to do the work to truly improve in my craft. In other words, I needed to dig into the hard stuff, look myself in the mirror, and ask the real question of whether I was truly doing everything I could to make my training situation better, without simply relying on time to facilitate my goals. For me, it was figuring out whether I could realistically train to complete two 70.3 mile triathlon races and have time to balance "everything else."
One important lesson I've come to learn is that if I'm not realizing the goals I want as an athlete, time alone won't get me there unless I'm truly willing to do the work. With the current year coming to a close and a new year pending, I am grateful to be able to build upon the things I've learned and take those lessons into a stronger 2015 year.
In 2015, I am going to let go of the idea of "perfect training." When I started training for my (triathlon) races at the beginning of the year, I wanted consistent improvements (#GainzBruh) in my split times. Although it generally worked out that I made good overall gains in training, general overtraining led to unforeseen injuries that set me back a ton. I learned that ideal athletes don't rely on "perfect training," but rather on perfect adaptation. This year, I'm going to take chances on training my darndest for Club Crew qualifiers. And when challenges happen, I'm going to dig in with old-fashioned grunt work and not rely on time (or sheer talent or experience) to get me there. And even when there's no promise of a return on investment, I'm going to stay positive, commit, and adapt to whatever setbacks I run into.
From new goals, chances, and faces--the new 2015 year marks the start of many new beginnings. Along with this 14th season comes a new set of "MEANIES" (aka coaches) who are all committed in taking you towards your athletic paddling goals. Some of them new to the role, but all of them are motivated and will ever be there for YOU! But just like a painter without a pallet of colors to paint a canvas with, they would be nothing without your continued commitment and effort to make this team what it is today (AMAZING).
Here are some more insights on some important questions to take into the 2015 training seasons from your 2015 Space Dragon Coaching Staff:
a. What makes an ideal athlete?
Emily: Someone who is disciplined and determined, understands that there is no substitute for hard work, takes ownership of his/her own destiny, makes no excuses, embraces teamwork and loves the sport.  Someone who appreciates the importance of good nutrition and rest as an integral part of training.  Someone who accepts the ebbs and flows in performance, and who plans properly to avoid burnout and knows when to make a push to peak at the right time for a race.  Someone who inspires others.

﻿
Chris: Both as an athlete and coach, I want 2015 to be about growth. Growth as individuals and as a team. As an individual, I want my growth to include personal fitness and being a better coach. As a coach, my goals are to help Space Dragons as a whole reach their potential. From foundation to power to endurance, I want to see each paddler improve regardless of where they stack against each other. Like I mentioned before, paddlers that don't give up can be that driving force behind our growth as a crew, and as a coach I would love to see that drive in everyone that represents the Space family.
Robert: As an athlete, my goal is get stronger and cleaner.  As a coach I want to lead by example